All puppies have found a new home. 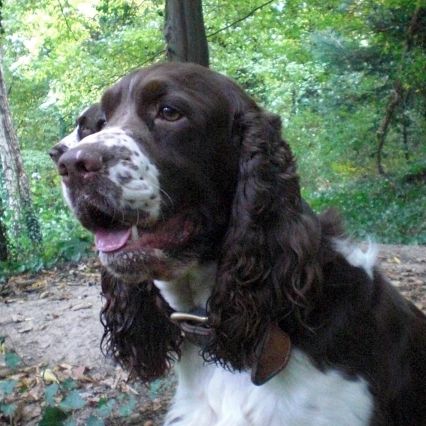 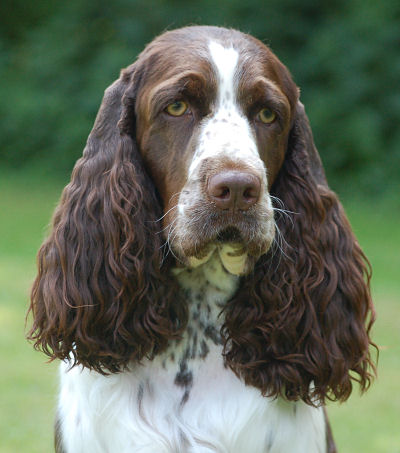 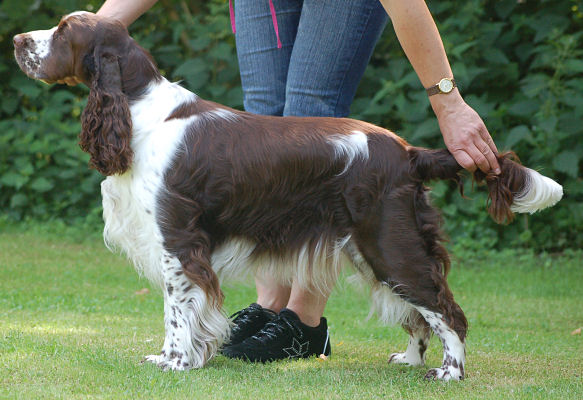 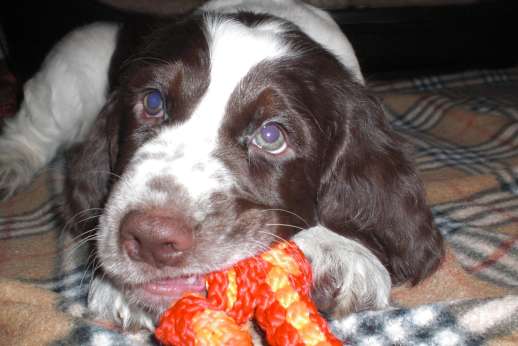 Daddy is playing with his boys. 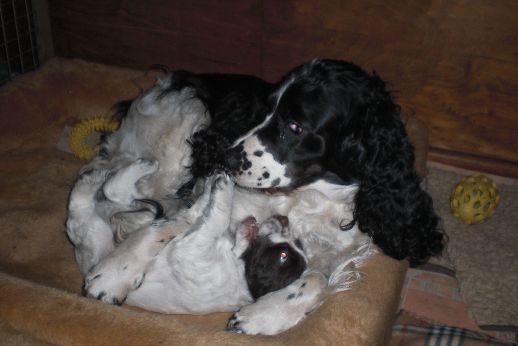 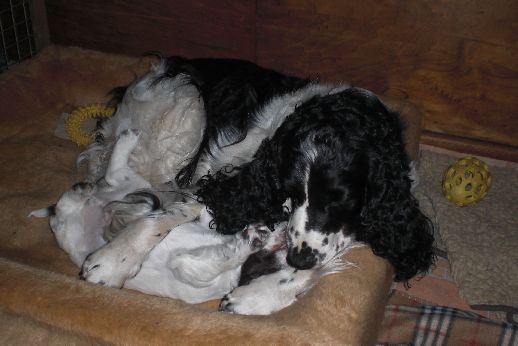 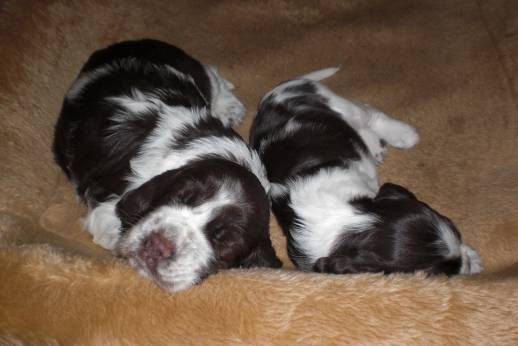 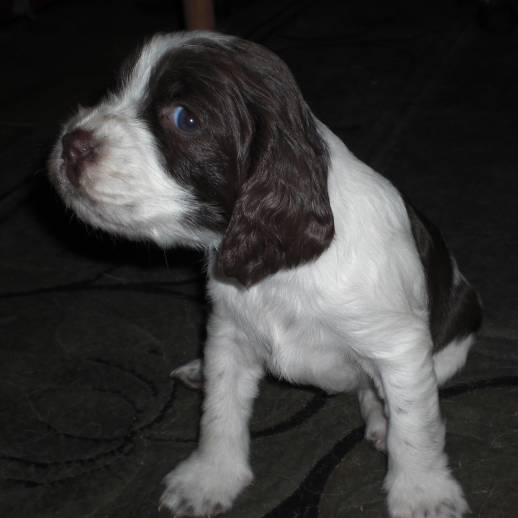 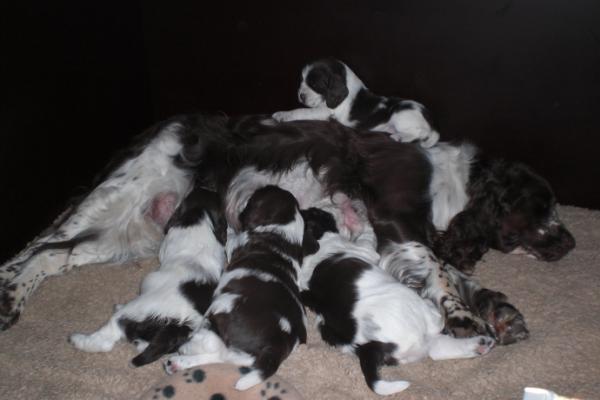 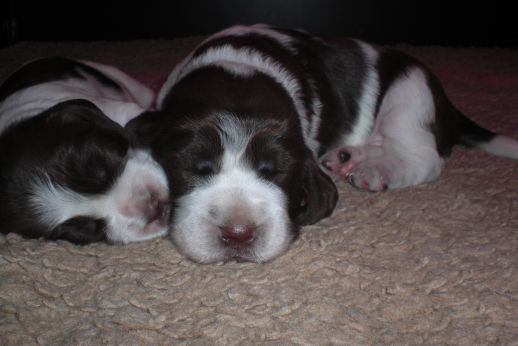 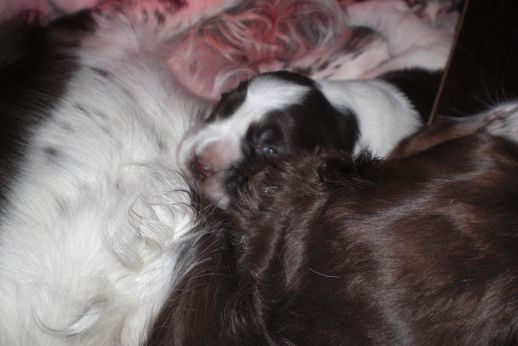 18.10.2009   You better sit down now and hold your tummy before you break into a fit of laughter!!!
Calatin was a legendary Irish magician. It seems he was up to some mischief, travelled through time and created some confusion!
Last night, my husband asked me how I make out which ones of the puppies are girls and which ones boys. Hmmmmm, that’s how it all started!
Today then it so happened that little Calatin was snoozing on his side, and while I was studying I started to wonder where on earth his little willy had gone???
Consequently, I thoroughly checked everything over again: HE is a SHE!!!
Astrild gave birth during nighttime, and it was after 07:00 by the time the last puppy was born. She ate, and we were all worn out and dropped into bed. At noon I woke up to puppy squeaking, so I help and moved all of them – 1, 2, 3, 4, and another one! Hey!!! Stop!!! Wake up!!! A fifth one?!? a relatively wet one - to the milk bar. What a surprise! I was absolutely certain to hold a little boy in my hands. Maybe I just “dreamed” it, as we always seem to have little boys? I must not have been quite awake yet, and whenever I checked he/she must have hidden from me!!!
* Many thanks dear Monika for the translation of this story! * 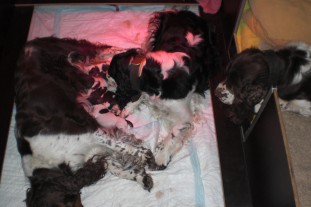 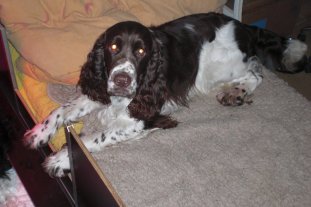 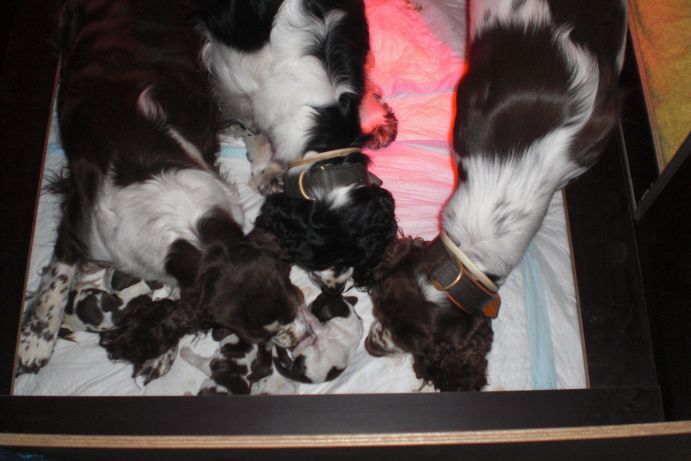 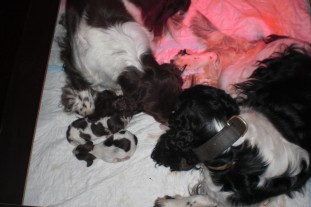 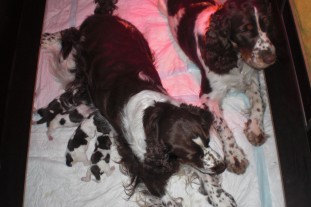 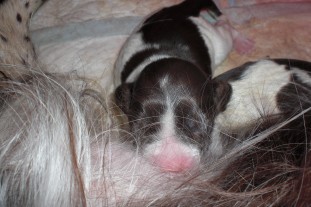 14.10.2009   The exciting day work of our babies :  drink, having big round bellies, sleeping, growing, and then everything starts all over again  :o) 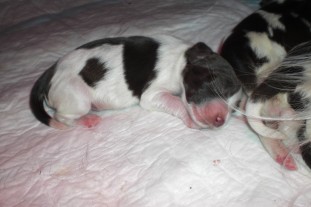 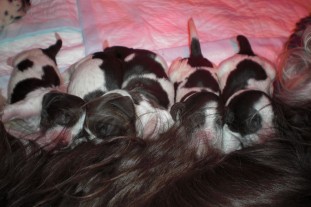 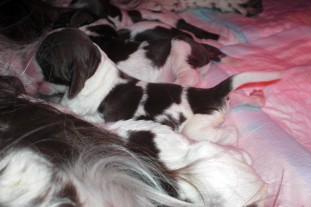 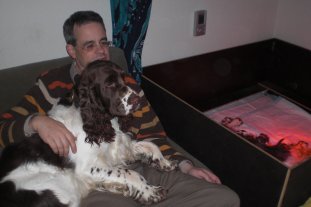 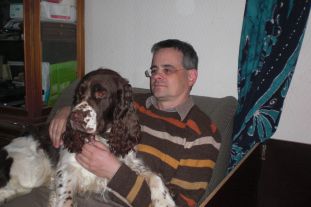 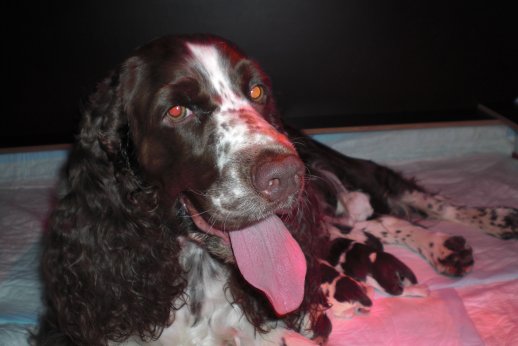 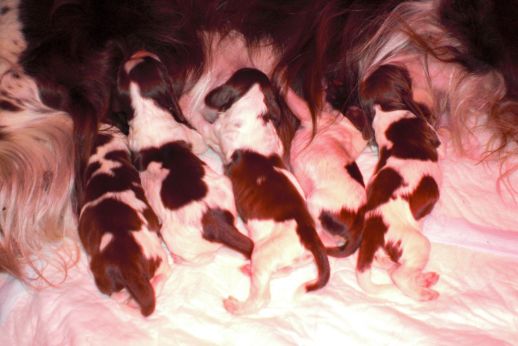 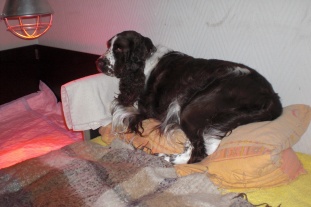 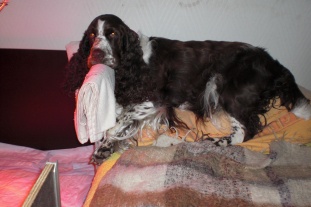 07.10.2009   Zzzzzzzzzzzzzzzz Scharch Zzzzzzzzzzzz !!!
The whelping box is back to its old place in the living room and was comfortably padded by our bitches :-D
The cushions however belongs in the dog beds!!! - Talk pointless, the girls see it that way ;-) 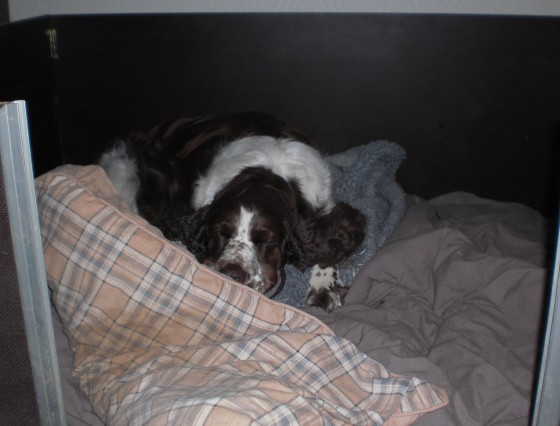 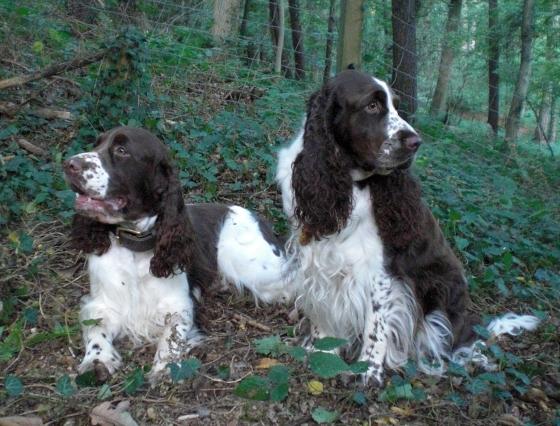 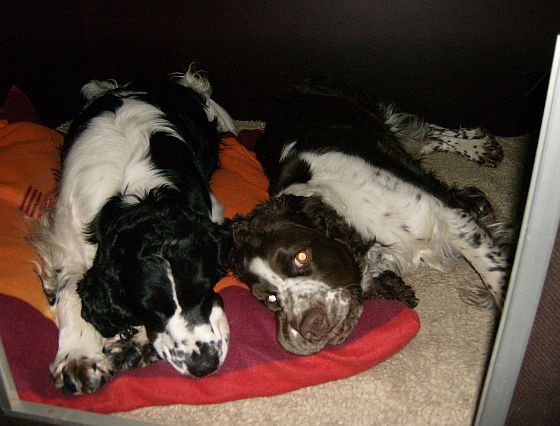